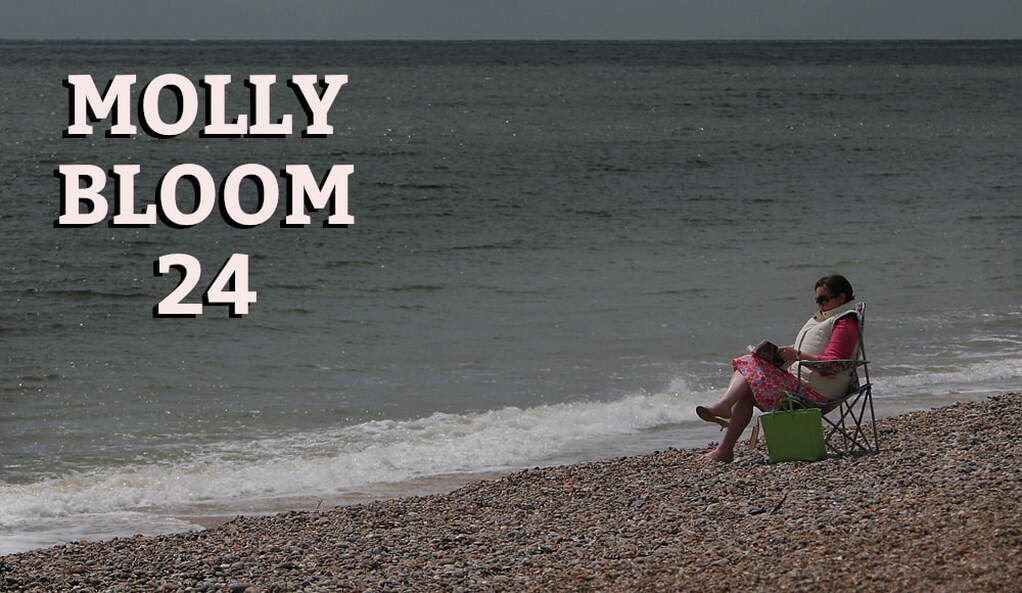 Are you now, or have you ever been, a creative writing teacher? Or, failing that, a student of creative writing? Pity. (Note how I cunningly avoid revealing whether the regret relates to being or not being either teacher or taught, in order to avoid upsetting what may be a majority of Molly Bloom’s readers and friends.)
Apart from one book each by Wordsworth and Wilfred Owen at A-level, I have never formally studied any poetry more modern than Shakespeare, which may perhaps explain why I sometimes think I enjoy reading about poetry more than I enjoy reading actual poetry. This, of course, depends largely on the quality of both the poetry and the criticism (there's a lot of both that I find unpalatable either because it's too obvious or too opaque) – but I always enjoying reading the thoughts of Peter Riley as expressed in his regular contributions to The Fortnightly Review. Agree or not with what he has to say – and I am sure he would be impatient with some, maybe much, of what appears in Molly Bloom – his views are always well argued and worth giving thought to. And while I must have read at least half of the pieces contained in it when they first appeared online, I have lately been taking great pleasure in encountering his collected thoughts of 2012-14 in book form, as published in the Review’s Odd Volumes series.
For instance, this:
“What is happening is that perception is being brought to serve an abstractive formative process like an abstract painting; the necessary details of experience are so combined and transgressed as to create an elsewhere which is the poem itself as finished artefact, an addition to the world rather than an event in it, no longer beholden to it.”
He is actually writing here about the work of Barbara Guest, but for me it comes close to defining the way most of the best poetry works. It has that quality of insight that becomes obvious only once it has been pointed out and described. (Time for a post-2014 volume, Peter? I'd certainly buy it.)
In the same essay he refers to “a belief in the value of art as the creation of a self-sufficient world which has to be separated from the traits of normal (or ‘empirical’...) discourse”.
I am not sure I can fully share, or even justify, such a belief; but perhaps that reflects a difference between a confidence Riley implicitly ascribes to Guest, and a relative diffidence on my part. Though I might also suggest that a more complex relationship with the empirical than simple separation is also available, if not essential.
So how do these off-the-top-the-head thoughts relate to the present issue of Molly Bloom? Tangentially, perhaps, in providing clues to the kind of thought processes that contribute towards the particular selection of poetry presented here and throughout the previous 23 issues.
If each issue seems somehow to have a coherence and an individual quality of its own (and I think it does), that is mostly down to serendipity. On this occasion it is partly something more deliberate than that. And to understand that, you must read the poems. Or, in the case of Camilla Nelson’s extraordinary, powerful and disturbing BABBLE, watch and listen.
As you can do with Molly Bloom’s venture into live online readings, established shortly before the appearance of issue 23, and now forming an archive on YouTube of (so far) four readings, featuring 13 poets – Maria Stadnicka, Kelvin Corcoran, Jessica Mookherjee, Alan Baker, Nancy Gaffield, Rhea Seren Phillips, Helen Moore, Drew Milne, Dorothy Lehane with Elinor Cleghorn, Alasdair Paterson, Geraldine Monk, and myself. Please dig in. Update: now also featuring Molly Zoom 5, with Rachael Clyne, Frances Presley and Janet Sutherland; and Molly Zoom 6, with Ric Hool, Claire Crowther and Peter Robinson.